Ok, those of you waiting expectedly for news of the venue selection for the 34th America’s Cup to be held in 2013 probably already know this, but for the rest of you:  we are excited that San Francisco has been officially named as the host of the next America’s Cup! 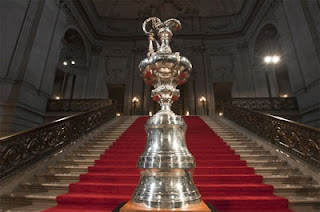 This is great news for sailing, and for San Francisco.  Not only are the benefits to the sailing scene and community in general positive, but the lasting results are tremendous.  I was living in San Diego during the years that it hosted the AC, and can vouch firsthand for what it did for businesses and sailors of all sorts…  and the SD waterfront was forever positively changed…  the cup campaigns invested a huge amount there, and left a lasting legacy.

I personally don’t think that the AC has traditionally put the best face on the sport of sailboat racing to the general public.  Rather than being indicative of the sport in general, it is better to look at it as a truly spectacular representation of a microcosm within our sport.  Bleeding edge, and elite to be sure.  But because of the awesome spectacle it presents on so many fronts, it opens a dialog and draws attention to sailing, and gives us (sailors of all types) the opportunity to introduce all facets of sailing, cruising, and racing to new audiences. 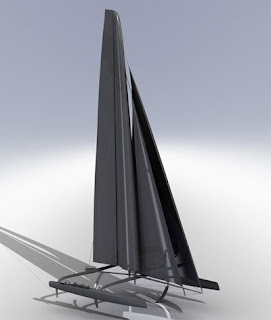 So this is what we have to look forward to…  some of the fastest sailboats ever raced slicing thru the waters of arguably the finest sailing coliseum in the world.   Oh, this is going to be fun!
Anyway, happy new year indeed.
Wayne Zittel and the J World Team
J World Performance Sailing
The Performance Sailing School, Sailing Club, and Sailing Charters
https://sailing-jworld.com/jworldwp/wp-content/uploads/2015/01/Header-Logo.gif 0 0 jworld https://sailing-jworld.com/jworldwp/wp-content/uploads/2015/01/Header-Logo.gif jworld2011-01-01 20:52:002015-01-05 19:46:30AC34 in SF!!