Last week J World San Diego hosted a racing clinic prior to San Diego Yacht Club’s signature regatta, the Yachting Cup.  This year marked the 41st running of this premiere regatta, bringing together competitive fleet and one-design racing.  We scheduled three days of practice with our coaches for a group of students from around the US – and the world) before the regatta…  Sika gets the distant traveler award for joining us from Taiwan!   Three of our J/80s were entered into the one design class to compete against six other boats of seasoned racers. 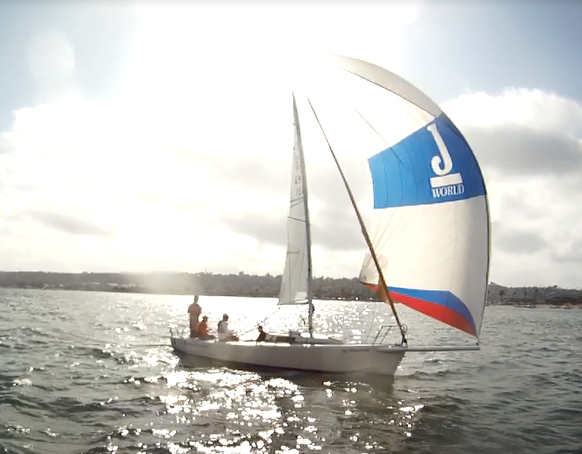 The clinic gave our students a variety of conditions to work with including some typical San Diego light air and ample sun, along with some more atypical breeze, seeing some gusts over 20 knots.  Our coaches used a combination of classroom lectures and on the water practice to push our students to learn and improve their boat handling, sail trim, strategy, tactics, spinnaker work… and of course a whole day of starting practice!

After all that hard work (we could only practice so much) we had to get out there and race!  Yachting Cup’s two days of racing were held at the Coronado Roads just outside of San Diego Bay.  SDYC’s race committee planned short windward-leeward courses and had scheduled four races on Saturday and three for Sunday. 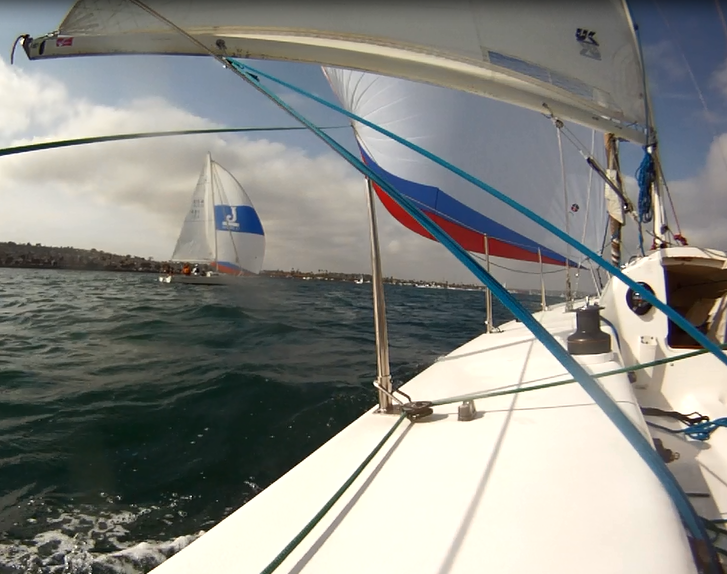 On day one, with a late season low pressure system passing through, we were seeing 15 knots of southerly breeze while rigging boats in the morning, and so we knew it was going to be a lumpy and bumpy ride!  Our boats had a fast (and very wet) day sharing our start with six of the new J/70s and only getting off three races.  Day two was forecasted to have even more wind, but luckily (or not?) it never really showed.  Instead there was plenty of San Diego’s infamous “May Gray”.  The slightly more mild breeze still kept tacticians and the race committee on their toes with some big wind shifts.  Maybe a weatherman in San Diego isn’t the easiest job in world after all?

J World’s boats ended up finishing 4th, 5th, and 7th in the J/80 class.  I think it is safe to say that everyone, including the coaches, also finished with a big grin on their faces (and sore hands!) after such a competitive weekend of sailing.  Great job Erwan, John, Gary, Sika, and Jim!