So what a Pac Cup we are having…

Since our departure from the California coastline, we have had solid breeze…  and the outlook for the rest of the race is pretty sweet, too.  We are into day 4 of the race aboard J World’s Hula Girl and are quite enjoying the ride…  well, now that the spinnakers are up, the crew mostly dried out, and the ride is fast.  Hula Girl loves this stuff, and strutted her stuff through the night, holding on to our first in class position!

The team is doing a fantastic job.  Our crew is comprised of six sailors who have come together to race as a team with three J/World coaches aboard.  While two members of the team have done offshore events with us before, this is essentially the first time we have competed together.  It gives sailors the rare opportunity to participate in a Grand Prix event with a fully prepared and competitive boat.  So, our learning curve is steep, but I have to say that I am really impressed with our group this year.  Fun bunch, good bunch. 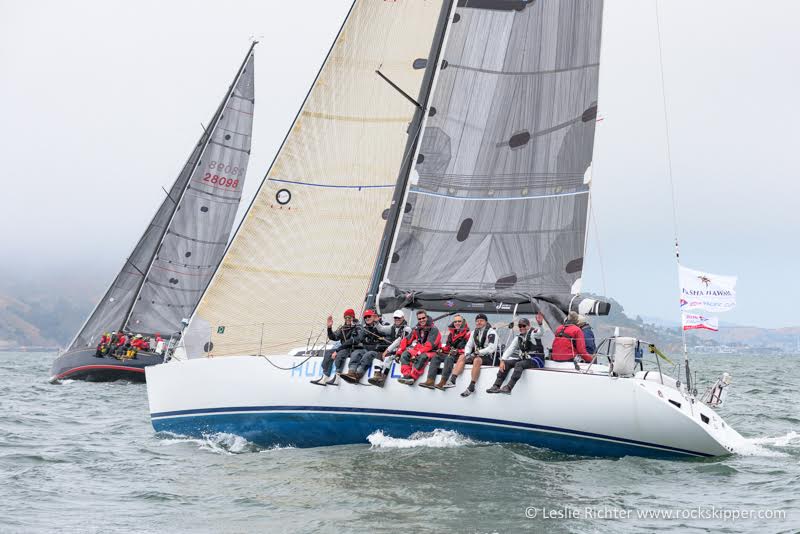 Life aboard has been mostly routine, which is a good thing.  Maybe we are going too fast or just concentrating on sailing the boat, but we haven’t seen too much wildlife.  The captain of a cargo ship called on the VHF to say hi…  he is heading to Hawaii and has the husband of a woman who is crewing on another Pac Cup boat aboard.  Small world out here in the big world!

Just wrapped up dinner aboard, and getting ready for another fast night.  It is still cloudy, and we down-shifted from the 2A to the 4A for the night-time run, just to be safe.  Andreas hydrated the freeze dried dinner perfectly.  Steven just finished a great stint at the helm.  Michael is trimming.  And away we go…  we’ll see you all on the other side of the night!

J World’s Hula Girl is Back in Action!