Thanks tons to all our supporters who have been sending congratulations to our team!  We really appreciate it.  So the awards ceremony was last night here at Kaneohe Yacht Club, and the Hula Girl did pretty well.  We won first in class, second in ORR, and the Bill Lee perpetual award.  Not too shabby for a bunch of Hulagains that really hadn’t sailed together a couple of weeks ago! 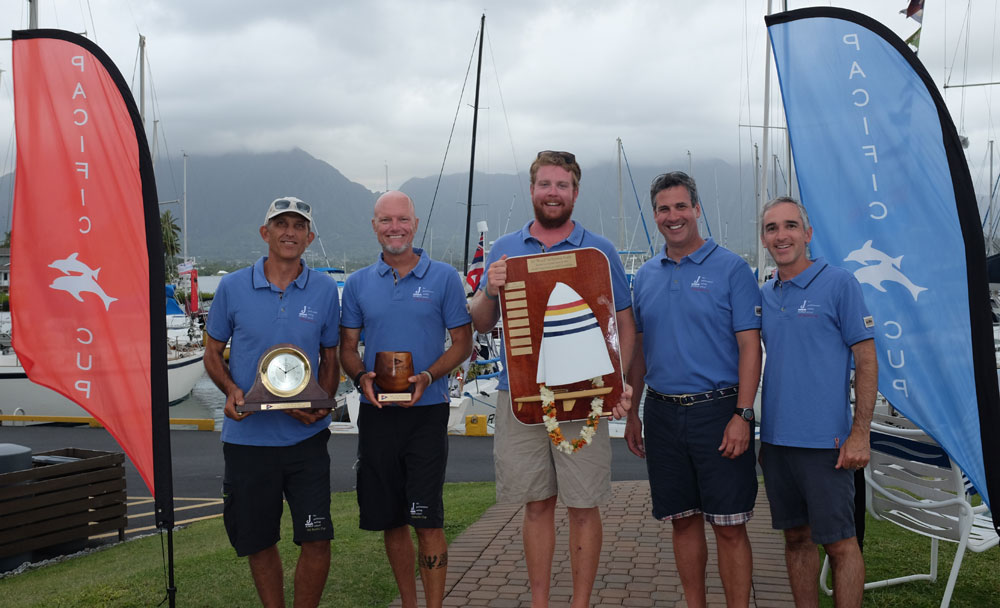 So all the bling and hardware is pretty cool, but I have to say I think there was an even better reward for us in Hawaii.  Unfortunately the fast race over meant that we beat some friends and family coming to Oahu to meet us, so Jade didn’t get to display the banner she and her mom made for father Chris racing with us upon arrival, but she brought it down to the boat last night  and we were proud to display it there!  Thanks Jade!  And sorry I cut you out of the picture, Chris.  She’s just way cuter.  You rock, Jade! 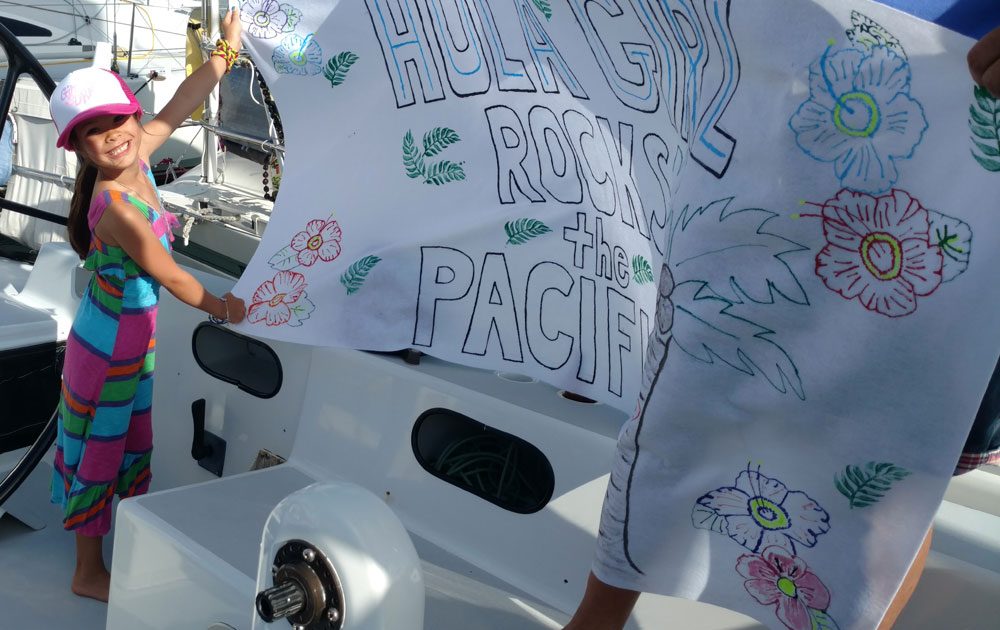 And finally a thanks to all the Pacific Cup organizers and volunteers….  from Richmond to Kaneohe, it really takes a cast of thousands to pull off an event like this, and they did it again in great style…