So the 2016 Ha-Ha is wrapped up! Captain Paul and the gang aboard our J/World boat for the rally from San Diego to Cabo San Lucas over the last two weeks had an awesome time… here is his report:

After a windy first leg of 300 miles or so, the crew of Vanishing Girl enjoyed the “just long enough” visit with the friendly locals in Bahia Tortuga. The hiking, socializing and softball (yes, softball) was great fun, as usual!

We were excited to put to sea again for Leg 2, especially in the lovely warm/dry morning breeze that filled the boat’s Code Zero on a nice port tack reach. Later we changed up to the spinnaker as the wind came aft and the sun went down in a dramatic way that reminds you We are in Mexico!

It was a race to finish in Bahia Santa Maria before dark the next day. We didn’t. But we were still in quite early relative to the rest of the fleet. We enjoyed a nice dinner and conversation in the cockpit as more and more anchor lights filled the tranquil bay. After a deep soaking sleep it was time to get some water toys out. Dinghy, kayak, and SUP were to be the vehicles for the next couple of days of rest and play.

The last leg started slow, but provided a great afternoon of increasingly warm spinnaker sailing. By now it was shorts and t-shirts, even at night. The last 60 or so miles were made via auxiliary power, and by mid-morning the arches of San Lucas’ Cape were in sight.

It was a superbly fun team that sailed the length of the Baja peninsula with Vanishing Girl this year. Seeing the sail handling skills and driving excellence of everyone move from X to Y to Z is such a great feeling! And with the format of two major stops along the way, we all gained a bunch of experience in the general operations of this swift voyager as well. Muy bien! 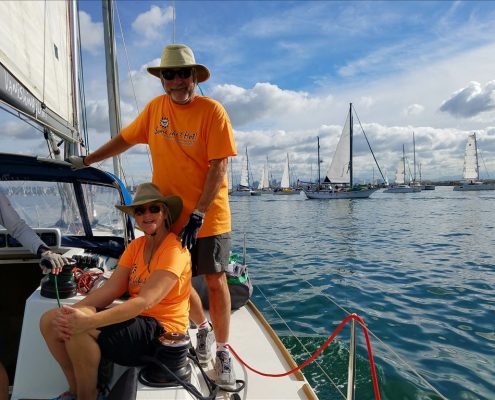 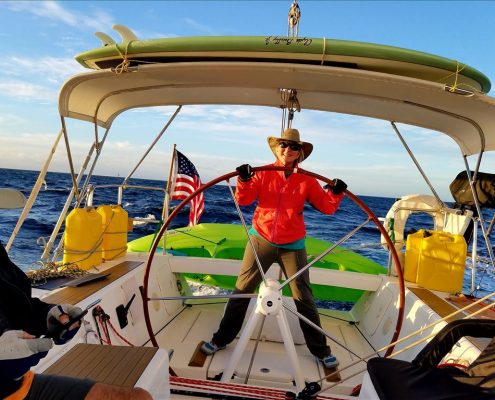 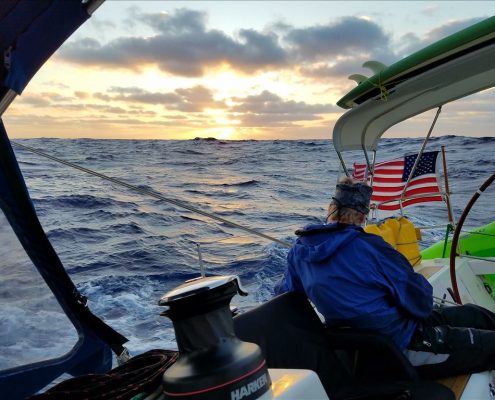 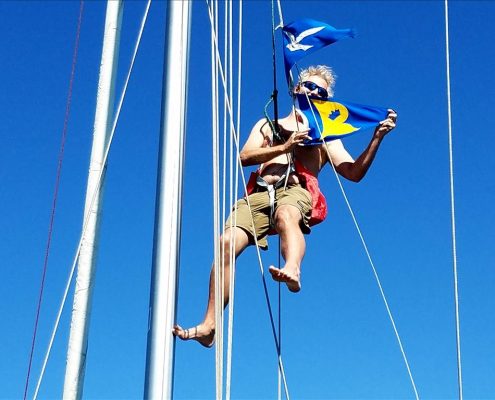 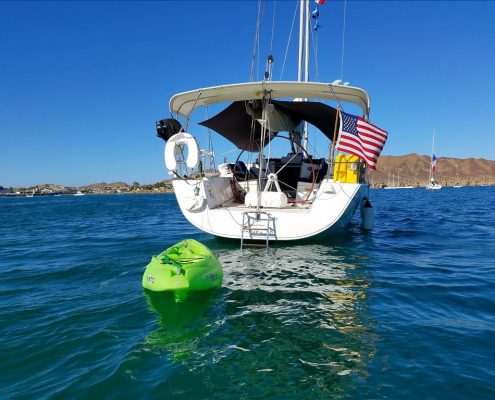 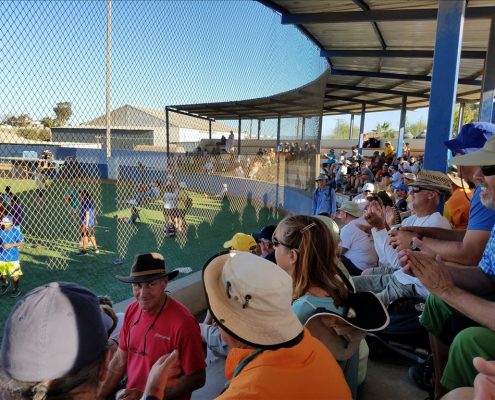 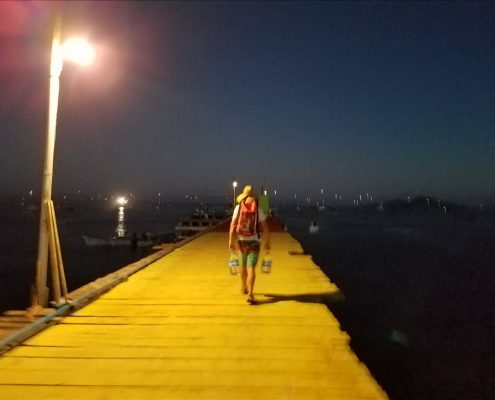 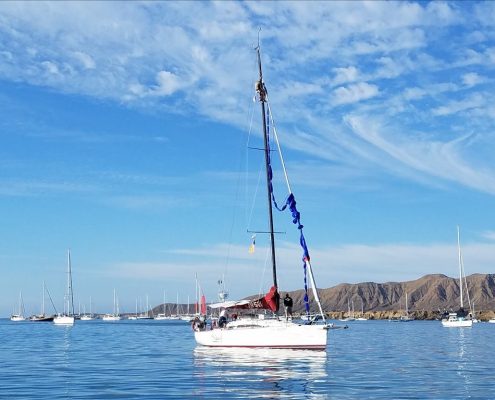 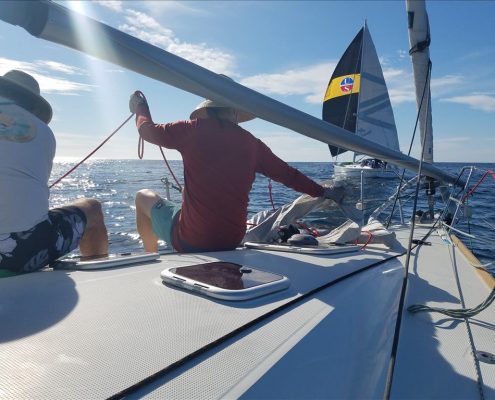 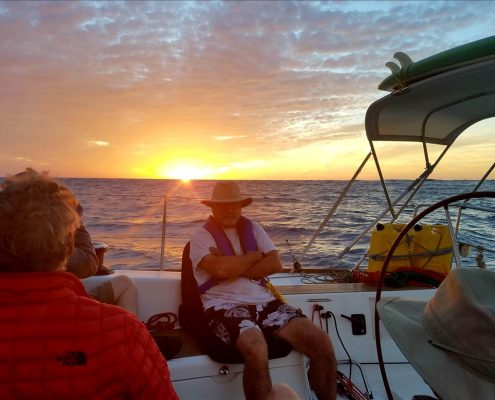 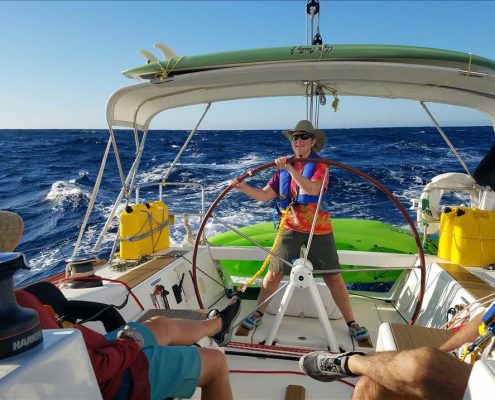 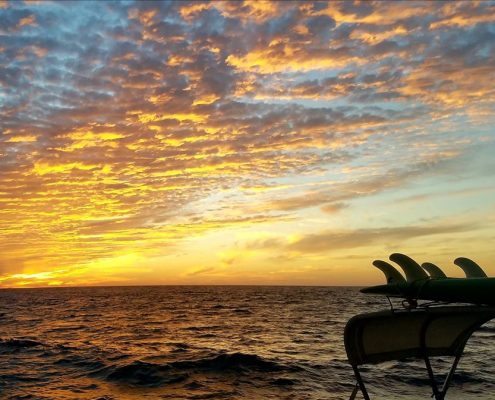 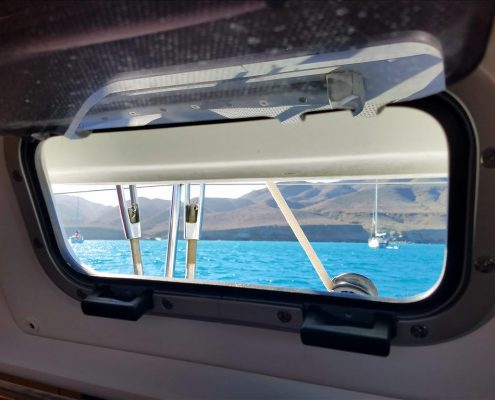 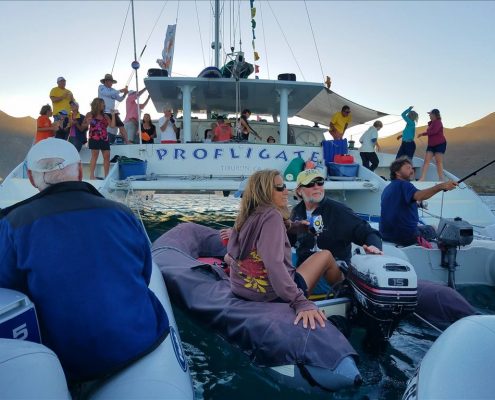 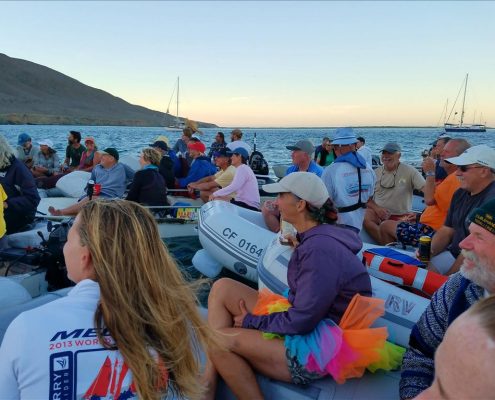 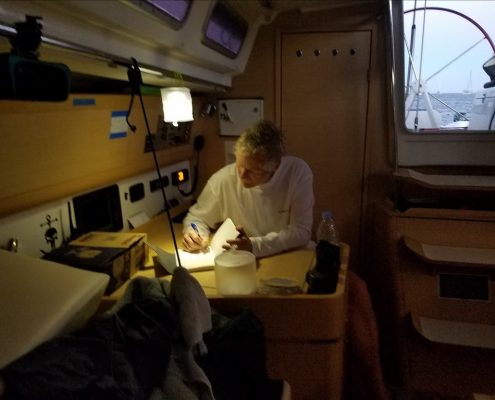 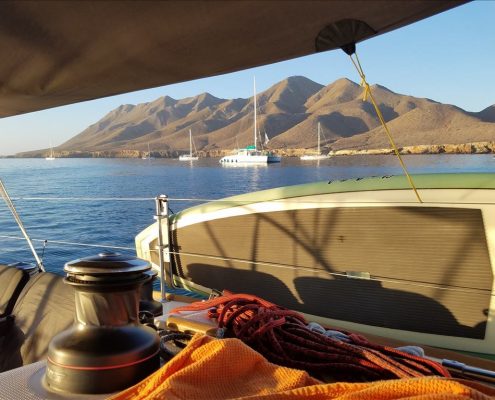 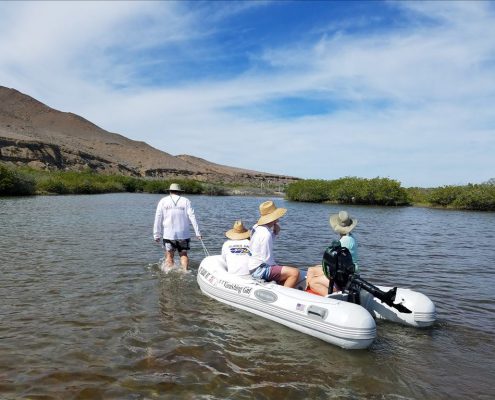 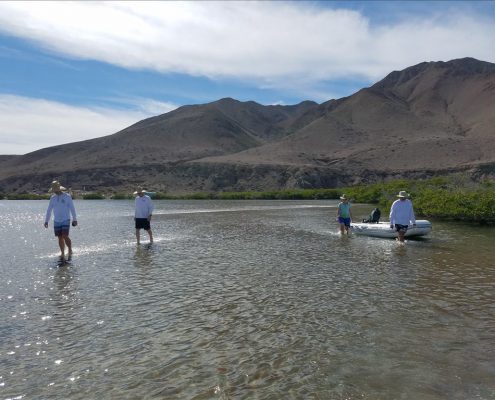 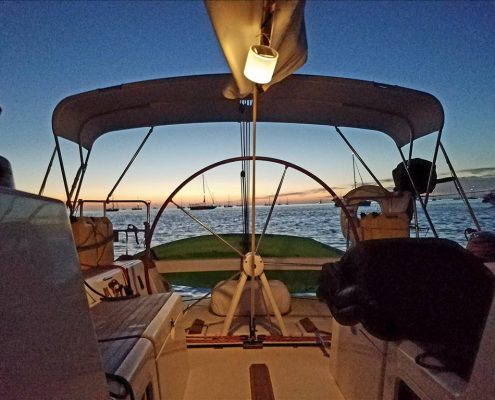 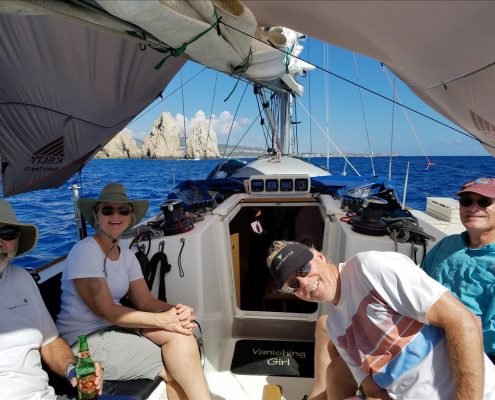 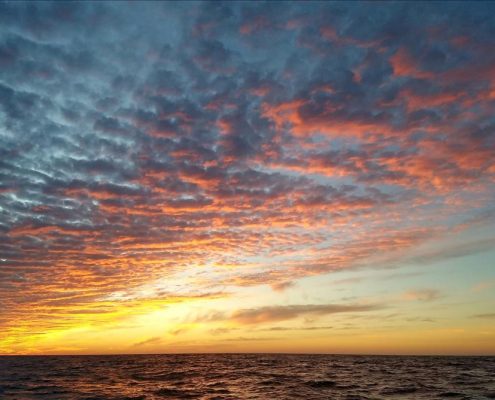 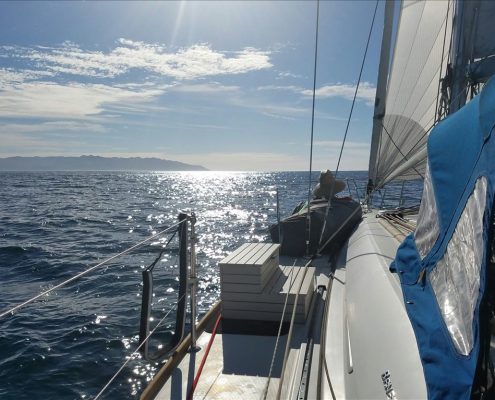 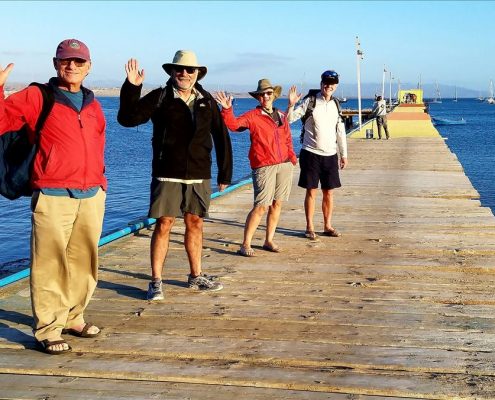 So does this sound and look like fun? The good news is that Vanishing Girl is now in our fleet in Puerto Vallarta. Now you can come join us in the tropics for a cruising class and/or experience of your own. Banderas Bay, Cabo San Lucas, Mazatlan, Costalegre… where do you want to go?